Modern luxury in an historic setting at Killeen Castle Estate

It’s all about Modern luxury in an historic setting at Killeen Castle. Following two years of cancelled wedding dates, there’s now an exciting alternate historic venue in County Meath, with plenty of weekend availability in 2022 & 2023. If you don’t want to wait any longer to get married, this could be a great option for you.

With a potted history from the Norman Invasion and the Flight of the Earls, to Horse Stud Farming and World Class Golf, this venue offers you a unique opportunity to add your names to its story when you get married there.

Killeen Castle Dunsany, is a 12th century estate overlooked by the Hill of Tara, the ancient seat of the High Kings of Ireland. The 600 acre demesne is nestled in an area steeped in history, and County Meath is home to one of just three UNESCO World Heritage sites in Ireland at Bru na Boinne, which includes the passage tombs at Newgrange, Knowth and Dowth. 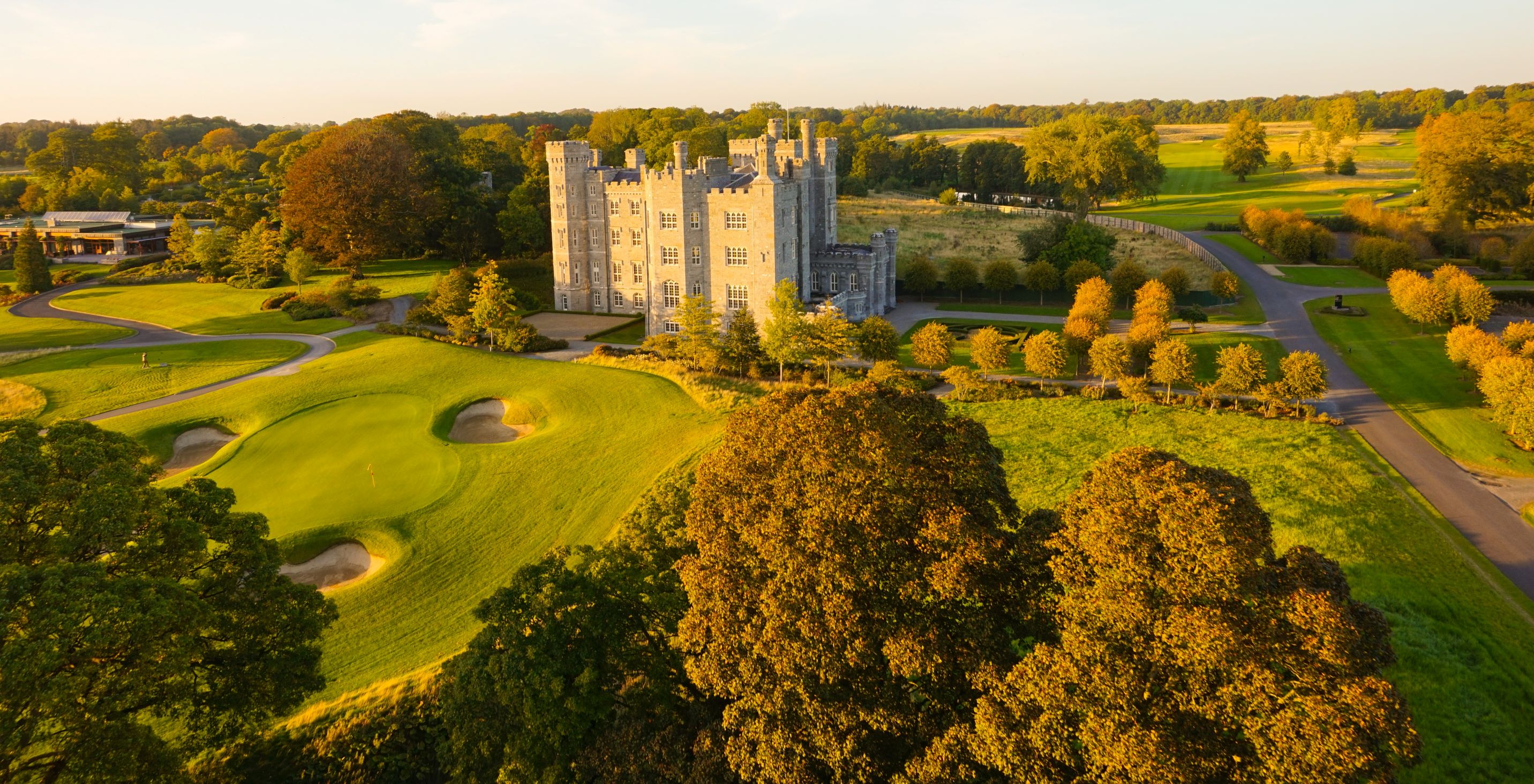 The demesne has had an interesting and sometimes dramatic history. The original castle was built in 1181 as a strategic defence for the province of Leinster, by Geoffrey de Cusack, an Anglo Norman who came to Ireland with Hugh de Lacy, the 1st Lord of Meath. The Cusacks lived there until 1403 when Sir Christopher Plunkett married into the family.  The Plunketts became Earls of Fingall, and the most successful Catholic Anglo Norman family in Ireland and remained at the castle until the 1950s. 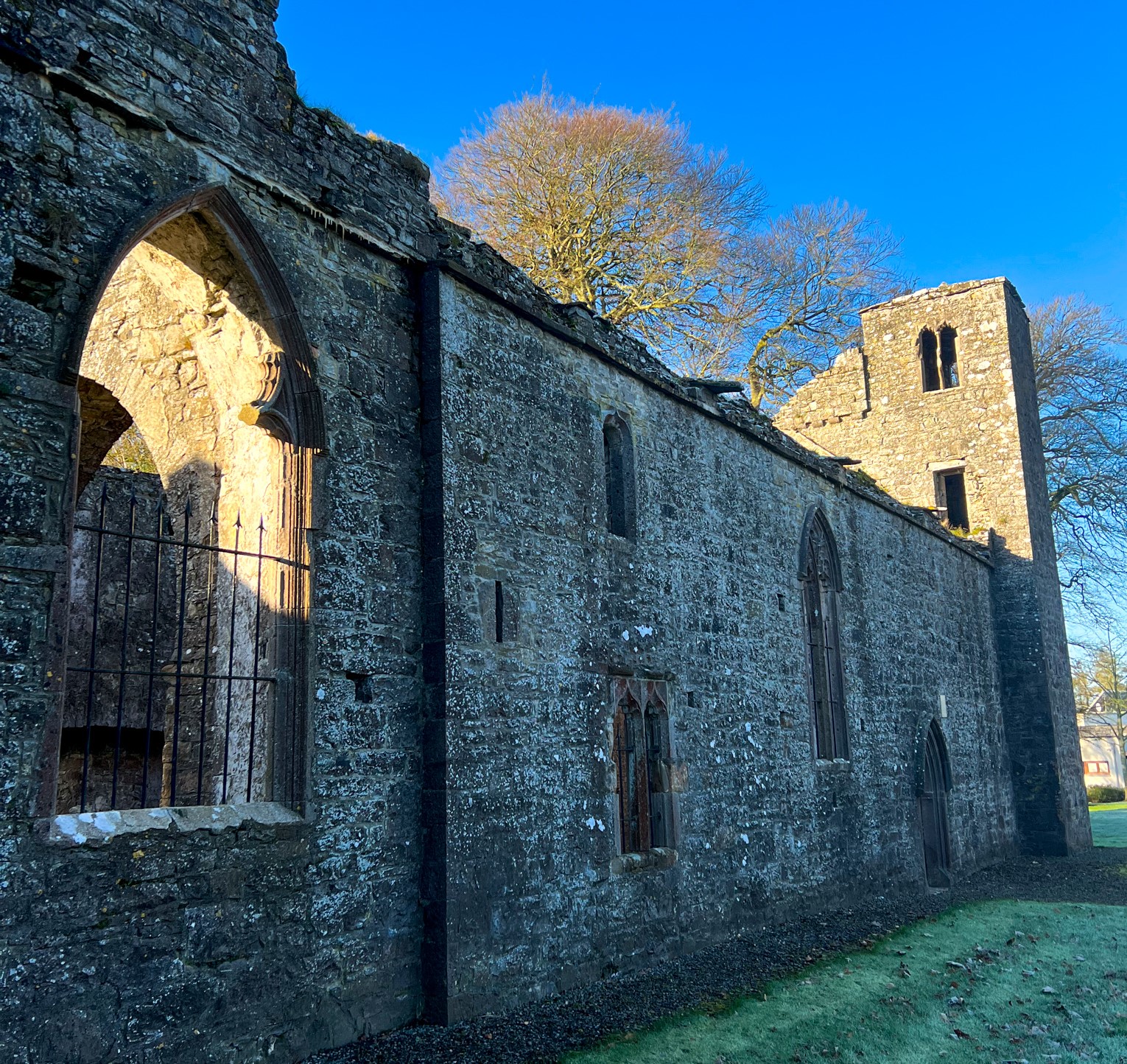 In the 1800s the Plunkett family engaged Architects James Sheil and Francis Johnson to modernise the castle to what you see today. The castle was sold in 1951 to Sir Victor Sassoon and the estate was run as a stud farm.

In 1966, Hollywood glamour came to Killeen in the form of John Huston’s Casino Royale, which was partly filmed there, based on the book from the James Bond series by Ian Fleming.  The building was Castle McTarry, ancestral home to M, aka Laird McTarry. Deborah Kerr played the leading role opposite the Bond character and John Huston himself played M.

When Sir Victor Sassoon passed away, just 10 years after acquiring the castle, it was bought by French racehorse owner, Daniel Wildenstein who ran the stud farm until 1978, when it was sold to advertiser Basil Brindley, who continued on operations.  However, in 1981 the Castle was gutted in a Republican arson attack and lay in ruins until 1997. 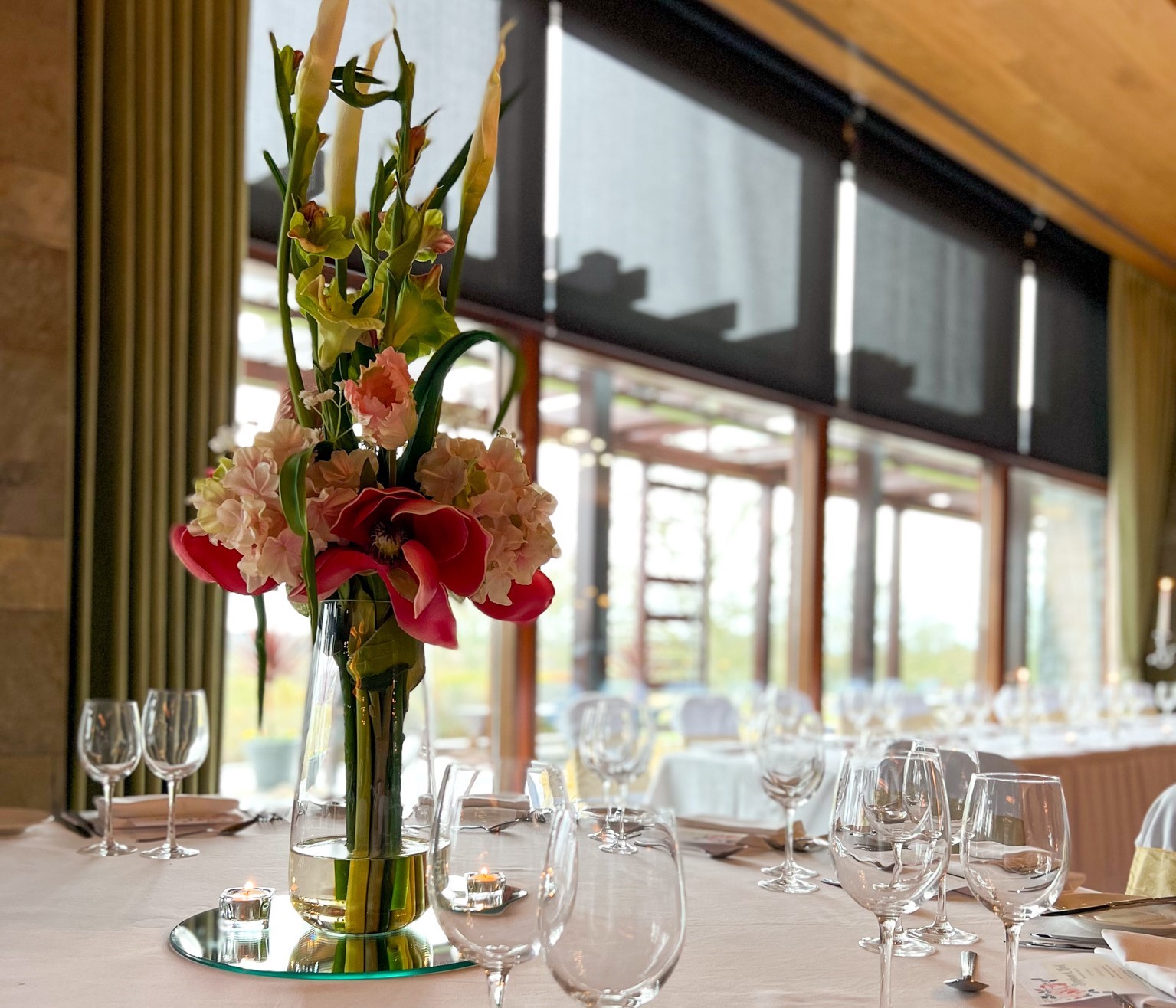 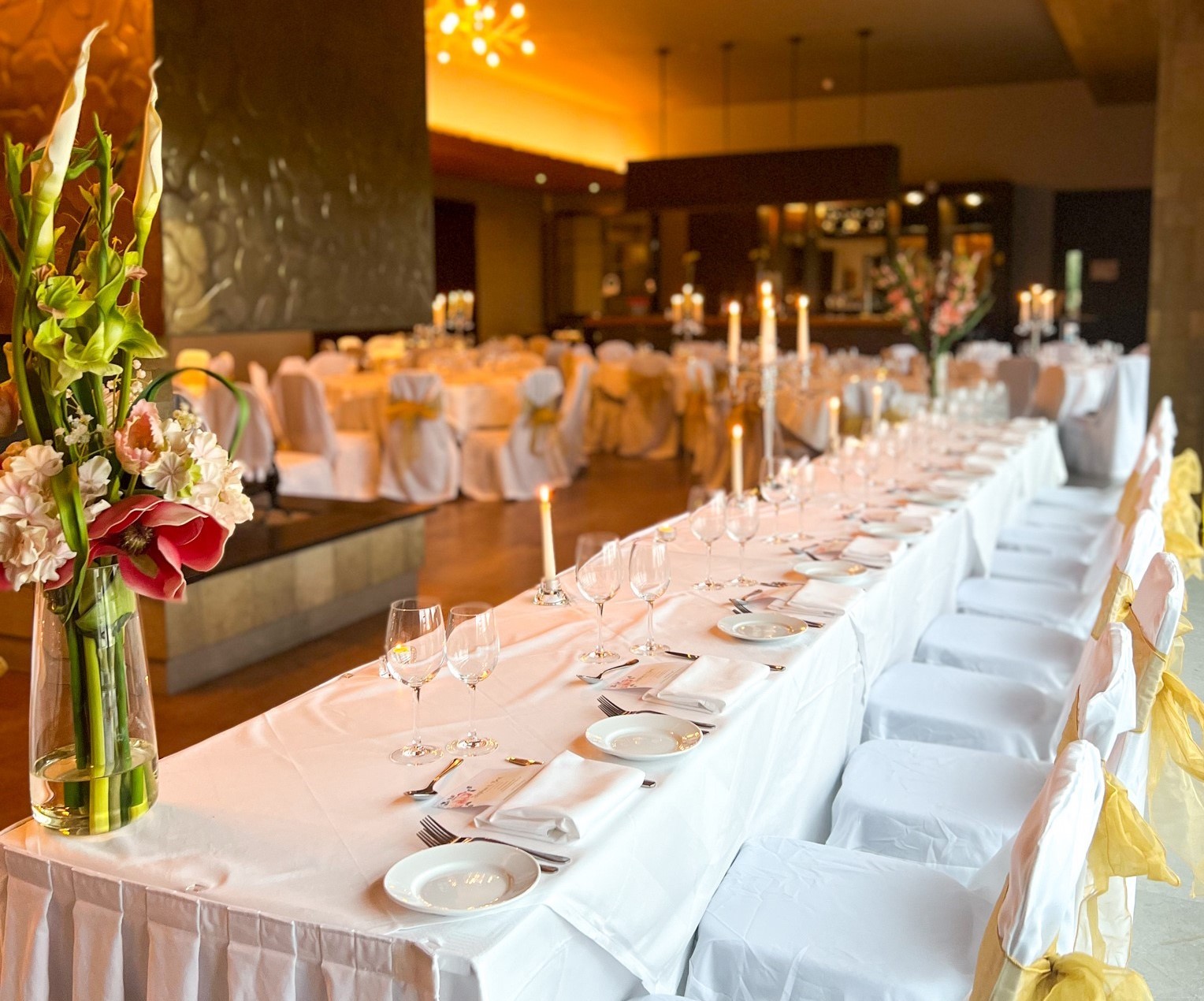 Built by Sir Christopher Plunkett, there are the remains of a church and churchyard to the side of the castle (sometimes known as Killeen Abbey) dating from the 15th Century and dedicated to the Blessed Virgin Mary. It is Gothic in architecture and preserved as a national Monument. It makes for a stunning backdrop for an outdoor civil ceremony, for which the venue is approved.

There is also Our Lady’s Well located at the lake near the driveway. Legend has it that there are underground tunnels leading to the graveyard and to the Hill at Tara.

In 2008 the Jack Nicklaus Signature Golf Course and Clubhouse opened, and in 2011 hosted the Solheim Cup (USA vs Europe in Women’s Golf). It went on to host the Ladies Irish Open and the Ladies European Tour.  Just this year, the course has been given “outstanding” status by Leading Courses, the largest golf course comparison platform in Europe. It ranks at no. 26 on The 2022 Irish Golfer Top 100 Courses in Ireland. It’s certainly a must play destination for golfers.  The O’Reilly Suite is near by the clubhouse and can host 130 people for a civil ceremony.

The grounds of Killeen also incorporate acres of spectacular countryside including a landscaped walled garden & greenhouse, perfect for wedding photographs. There are Woodland trails bursting with flora and fauna, and a lake with resident swans. 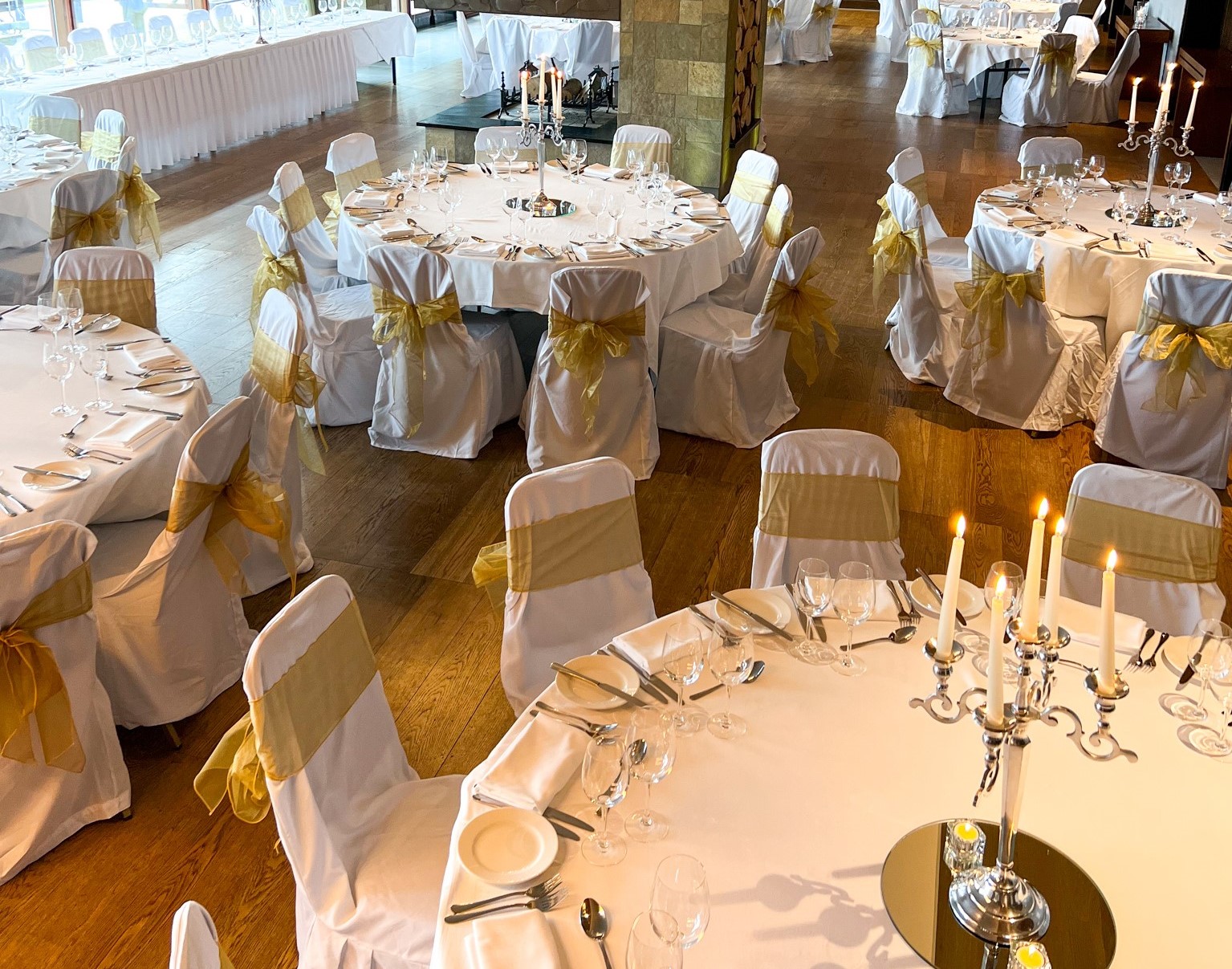 Add your names to history

Today, with wedding packages starting at just €90 per person, this tranquil venue can accommodate up to 216 for dinner in the banqueting room. It can also be adapted to small and to medium numbers too. The room has impressive views of the Castle and over the Golf Course with bright floor to ceiling windows. If you’re seeking modern luxury in a historic setting for your wedding day, Killeen can offer you the best of both. Our dedicated team will ensure your day goes smoothly to create your perfect memory.

Just a few minutes north of Dunshaughlin, the location is 35 minutes drive from Dublin Airport and 45 minutes drive to Dublin city centre. Don’t hesitate to check out availability for this year. 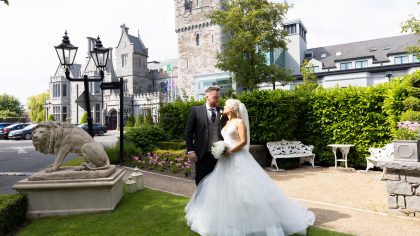